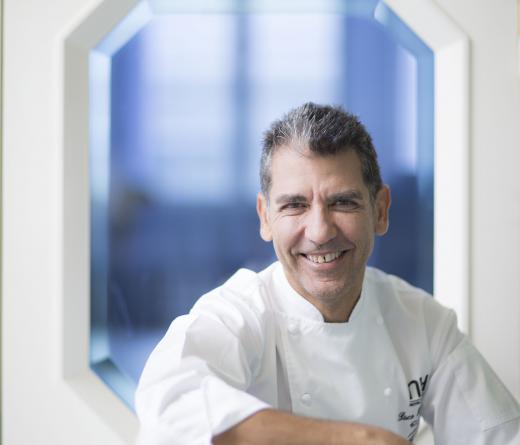 Paco Roncero is one of the leading representatives of the avant-garde Spanish cuisine, not just within Spain but also abroad. A technical and creative signature cuisine which goes beyond a personal cooking style, and also represents a way of offering and understanding gastronomy as a unique sensorial experience.

He is currently the executive chef and director of the NH Collection Casino de Madrid and its restaurant Paco Roncero Restaurant, that was named until October 2019 La Terraza del Casino and of gastro-bars Estado Puro in Madrid and Shanghai. He is the Founder and Chef of Sublimotion, the most advanced and innovative restaurant ever imagined which is located at the Hard Rock Hotel in Ibiza, the first hotel in Europe by the famous brand.

He trained at Madrid's Escuela de Hostelería y Turismo (Tourism and Culinary Arts School) and he worked as an intern at Zalacaín and the Hotel Ritz until, in 1991, he became part of the staff at Casino de Madrid. Five years later he was named chef of the Casino's banquets department and in the year 2000 he was promoted to head chef of the entire Casino, which included the events department and the restaurant La Terraza del Casino, already under the management of NH Hoteles.  It was then that his creative personality exploded, which translated into a total revolution for the Casino de Madrid and for the national culinary scene.